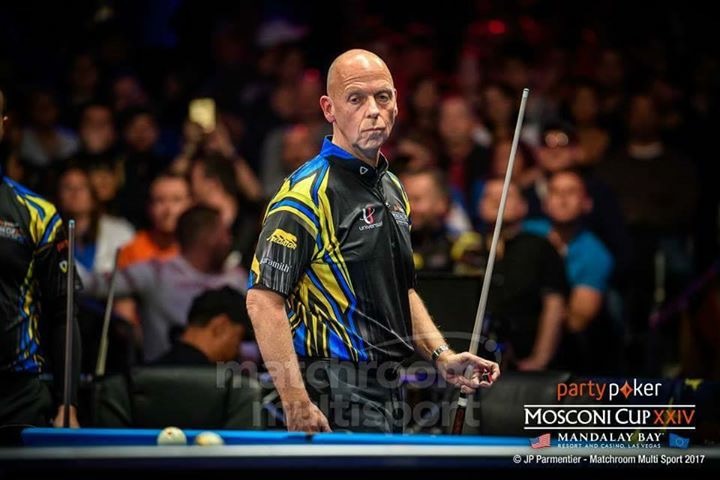 Everything is possible…
I started playing pool-billiards in my parent’s pub in 1974 when I was 6 years old. I practiced the game for about 5 hours every day for more than 8 years. At the age of 14, I won the German pupils 8-Ball Championship for the first time as well as the German Open. In 1985 I won my first European title with the team followed by the first single title in 1986. In 1989 I was elected European Player of the Year for the first time by the readers of the European Pocket Billiard News. Since 1981 I´ve won close to 300 tournaments including 42 German titles and 37 European titles with the most successful years in 1996, 2002 and 2006. In 1997, I received the „Silver Laurel Leave“, the highest distinction for sportsmen in Germany, presented by the German President Roman Herzog, represented by the Minister of Domestic Affairs Manfred Kanther, in Bonn – Bad Godesberg.

„Sportsmanship for me is when a guy walks off the table and you really can’t tell whether he won or lost, when he carries himself with pride either way.“ - Coach Ralf Souquet